People Who Inspire Me: The REAL Aaron Lewis! 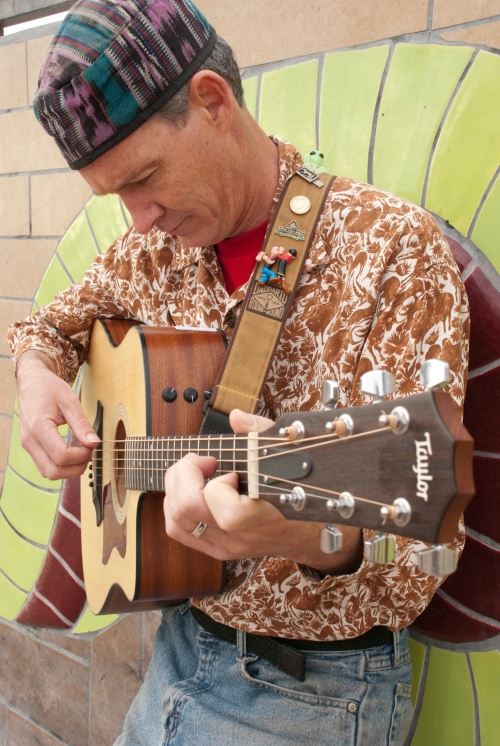 The Man and his Guitar

Now that I’m blogging 5 days a week, I’ve had to work on planning my posts. It’s not easy to come up with a post everyday of the week! I’ve decided to write a series of posts for different days of the week. Mondays are “Living in the Land of Enchantment”, Tuesdays and Thursdays are “Creativity”, Wednesdays are “People Who Inspire Me” and Fridays are “Friday Funday”.

Today is the first of the “People Who Inspire Me” series, so I decided to start with the person in my life who inspires me most. My husband and soulmate, Aaron Lewis. Aaron inspires me to be the best person I can be. He leads by example. Sometimes it gets on my nerves because I can’t imagine how someone can be so authentically nice to everyone he meets. He rarely has anything bad to say about anyone. He is a determined musician who has followed his heart and makes his own style of music with no excuses. 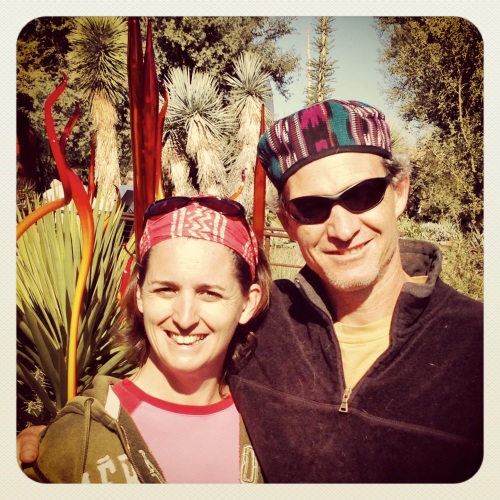 Me and Aaron at the Phoenix Botanical Gardens

Aaron was the one who convinced me that I could be a singer and perform in front of audiences. He encouraged me and pushed me and I’m so grateful for that. He has helped me achieve so many of my dreams and stood by my side through it all. I won’t get into all the ways that he has inspired and stood by me in my personal life too. That’s a whole other blog post of it’s own! 🙂

Aaron began as a heavy metal guitarist at the age of 14. That’s how we met! Aaron and my brother were in their first band together. He switched to the Blues for a couple years in his early twenties and then went to college and earned his BA of Music with a concentration on composing and classical guitar. He has released 3 CDs of solo guitar music, 1 CD of electronic “alien” music. In 2012 we started playing folk music together as “Sunlight” and Aaron’s songwriting talent came full circle from the first song he wrote as a teenager. He also composes for guitar and multiple other instruments/groups of instruments.

I titled this post “The REAL Aaron Lewis” because he has been told he’s not the REAL Aaron Lewis. This guy is more real than anyone I know. He keeps it real for me everyday! He is true to himself and his music. I love him for that. Who cares about that “other” guy. 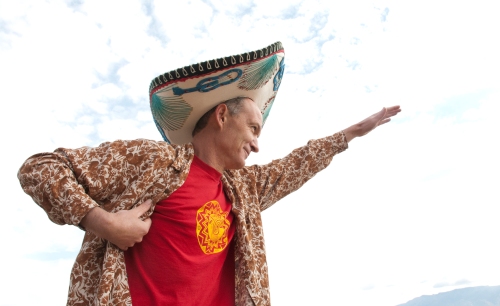 “Sunlight Superman”, this is a great photo to show his sense of humor, he’s always making me laugh! Photo by Karl Horodowich

I asked Aaron several questions for this post so you can learn more about him straight from the horses mouth, so to speak. 😉

Paula: If you had the power to change ONE thing in this world what would it be and how would you change it?

Aaron: I would alter the way we look at our prison system. We have always viewed our prison system as a way to protect society. I would change our prison system to be a positive environment or as I like to say they should be “love factories”. What do I mean by that? All crimes are committed because of a lack of love. People steal because they see no other way to get the finer things or make it in this life because their dreams were crushed at one point in time. People murder because of fight or flight instinct, jealousy, it gives them a rush. I think all of them can be reformed except for those who do it for a rush(serial killers). All people who are in prison because of addictions need to be in rehab centers not prisons. Those who were caught selling to minors need more time and help but really all a drug dealer is is a misguided entrepreneur. I would change the programs at the prison to fast track people back into society because we are a stronger society if we can help one another as opposed to lock ’em up and throw away the key. I would also lose the drab grey paint and fluorescent lights that are used and replace with skylights, colored paint, and positive affirmations on the wall and mandatory guided meditation for 30 minutes a day. 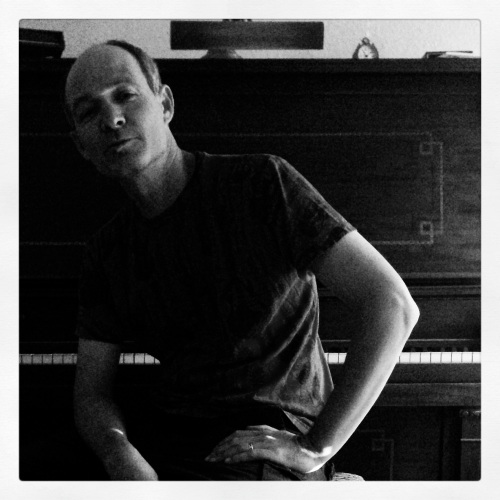 Paula: What or who inspires you?

Aaron: What inspires me is music itself. It is a fascinating language made up of 12 characters and has been interpreted in so many ways both for the good and the bad of mankind and both approaches are fascinating and inspiring.

Paula: Who has had the biggest influence on your music?

Aaron: The biggest influence on my music would have to be God or Universe or whatever you may want to call it. Sometimes I write music for classical guitar. Sometimes I write songs. Sometimes I write electronic noise soundscapes. When I start to write I have an out of body experience and when I come back one of the above styles is written and I have to admit wholeheartedly that I don’t have any idea how that music came about but here it is.

Paula: What do you want your musical legacy to be?

Aaron: I would like to be someone who is remembered for changing people’s minds about music. That music is not something a few privileged people are able to do but it is a gift for our souls so lets all belly up to the table together with our voices, our instruments and feed each other’s souls with the universal language that has been such a gift for centuries and will continue to be such a gift.

Thank you Aaron for submitting to my questions, I must admit it was cool to read your answers! 🙂 Check back next Wednesday for my next post of “People Who Inspire Me”.

Since I was sixteen, my mantra has been “no regrets”. In other words, when I near the end of my life I want to be able to say that I have no regrets for the way I lived. When I was 16 a friend of mine died in a mountain climbing accident. At the time I had recently given birth to my first son. I was still in high school. That was my first wake up call. Life is short! I HAD to live it to it’s fullest! What if I died tomorrow?

I had a few years of floundering around, married the father of my son, joined the military, had a couple more sons, and started my first art business. Not long after my divorce from the father of my sons, I discovered that I was in love with my best friend. We moved in together and married 1 1/2 years later. We had a lovely little family, my new husband was content to help me raise my boys since I could no longer have babies. Basically, I have lived and continue to live my happily ever after. Fast forward 15 years, my youngest son has moved out of the house and we now have an EMPTY nest! When I was young I sacrificed some of my dreams in order to be the best mom I could be. Always with the thought that we would have an empty nest around the time I was 42, leaving plenty of life left to live out those long forgotten dreams.

For a few months, I have floundered around, yet again. Wondering what was next? I still love being an artist and have many plans and goals yet to achieve. Regrets? I still have none. My life isn’t over YET, after all. I’ve been revisiting some of the dreams I had way back when I was fifteen years old, before I became a young mother. One of them was to be a singer/performer/actress. It just so happens that I am married to not only my best friend, but a highly talented musician. We had tried to work together on a music project back at the beginning of our relationship. Before my husband earned his bachelors of music, before he had the patience and knowledge to help me find my voice. We had one gig back then. I SUCKED! I was so nervous, my voice never really came out, it just wavered and trembled and I was so embarrassed that I gave up on the dream. I went back to my art, my comfort zone.

Back to the future and 2008. April 2008 to be exact. My dad passed away unexpectedly and my brother (who is also a professional musician), husband and I decided we would play a couple of my dad’s favorite songs at his memorial services. The idea was reborn then. A folk trio playing all the old folk music my brother and I grew up listening to in my dad’s record room. Yes, my dad had a record ROOM. He had a record collection of over 40,000 records(which I now have). Yet another reason why my brother and I always loved music. We used to sing songs together as kids and even made it on the radio once! On our dad’s Oldies radio show. 🙂

When dad died, it seemed perfect that we would put together an act in remembrance of him. So, for the last 4 1/2 years we’ve done nothing but talk about it. We always sing songs around the campfire when we take our yearly “memorial dad” camping trip.

This year, finally, now that we have so much extra time on our hands, Aaron and I started practicing folk songs together. We told my brother about it and now we are working on putting our folk trio together. We spent 4 evenings in July practicing before, during and after our yearly camping trip. We have practiced since then separately, and together (via recordings and email).

This Thursday is the moment we’ve been practicing for! It’s our first gig! We live 3 hours away from my brother, but we will be driving down to play and also, spend some time in his recording studio making demos of the music we have down so far. If you happen to be in or around Las Cruces, NM this Thursday, stop by Uno’s between 6:30 – 9:30pm and have a listen! I promise my confidence in my singing has improved. I am SURE it will be a good show this time around! I promise to share some photos and possibly video when I get home! 🙂